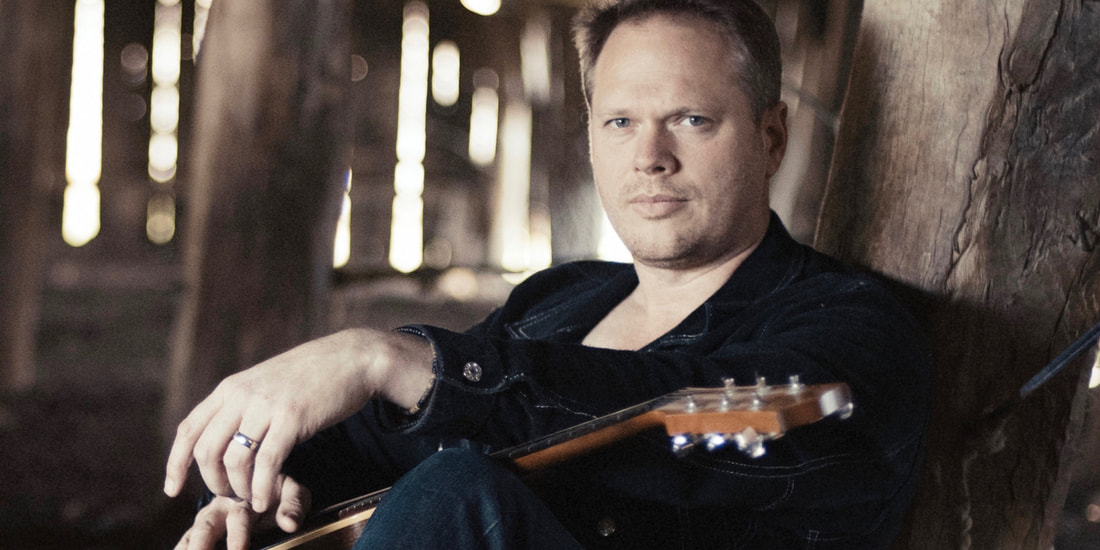 Born and raised in Sydney, Ben Ransom, started playing guitar and writing song at the age of fifteen. Growing up, he was constantly exposed to a broad range of music that strongly influences his own original writing style. It has allowed Ben to draw the listener in on many different levels and connect in a more personal way.

In 1999, Ben left Australia to spend time in Europe, essentially to hone his skills and develop his musical style. He cut his teeth in the heart of London’s West End with a permanent residency in one of the most happening venues at the time. Ben’s down to earth personality and ability to deliver live saw him become one of the hottest, most sought after artists in that scene, bringing “the spirit of a B&S Ball to the heart of London”. Ben toured extensively throughout the UK and Europe before returning to Australia where his passion in music held root.

In 2010, Ben completed his first album, “The Long Way”. Ben says the album was a labor of love that gave him a vehicle for expression and allowed him to explore all facets of his personality and display his passion for music. The first single, “Bourbon & Sunsets”, was a runaway hit – peaking at #2 on the Hot Country Top 50 chart and as a solid performer on the CMC Top 50.

In 2012 he was a finalist in the coveted Toyota Star Maker competition – the same competition that launched the careers of Keith Urban, Lee Kernaghan, James Blundell and Samantha McClymont.

Ben completed the album, “Slow Burn”, in 2012 with Matt Fell and Glen Hannah. The first single, “Truck Stop Honey”, received national airplay and earned him a nomination for Contemporary Song of The Year at the TSA Awards. The album was released in 2013 to rave reviews and continued to produce hit singles in the form of “Big Country Sky” and “You’re On The Top of My To-Do List”.

National touring, appearances at major festival along with international trips and a second Star Maker berth were highlights that year along with being named a finalist at the 2013 Southern Stars Awards for Best Male Artist and Best New Talent.

In October 2013, Ben was introduced to international hit maker and multi million record selling producer, Rob E.G. Porter. This resulted in the collaboration on the Jackson Browne classic, “Somebody’s Baby”. Released under Porters’ famous Wizard record label, the track was launched at the 2014 Country Music Festival and entered the charts at #10.

Following his “Ben Ransom – LIVE” release and the hits “One More Beer” and “Mamma I’m Coming Home”, he released the stellar single, “Dry Town”. It peaked at #2 on the Country Singles Chart and the video aired consistently on CMC. He was also named 2016 Southern Stars Rising Male Artist.

In 2017 Ben joined with Country Rocks Records as their first signed artist to their newly formed label. “Let’s Go Driving”, was the first release under this new deal. It's a fun, country rock smash, which gave Ben his very first number one, staying at the top spot for six consecutive weeks.

"I'm absolutely stoked to be part of the Country Rocks family - knowing that I am associated with a team that actually walks the walk! These guys are out there putting in the hard slog, which is why their passion for music and ethos of 'respect' for the artists is so refreshing", he says.

Earlier in the year he performed daily in the main arena at the 2017 Sydney Royal Easter Show and had the pleasure of supporting iconic artists including Jon Stevens, 1927 and James Blundell.

“You’re The Reason Why” followed the same path of “Let’s Go Driving” and quickly rose up the Australian Country Charts where it positioned at No.1. It also was featured on Spotify’s curated Home Grown Country Playlist.

January 12, 2018 saw the release of the album – “101” - along with the simultaneously released single, “Same Song, Different Day”. The song has massive mainstream potential - leaning more into a classic rock sound, blended with tones reminiscent of Tom Petty.

Ben has gone on to play every major country music festival in Australia and was selected as an opening performer for US superstar, Tim McGraw, at the Deni Ute Muster.

Fast forward to 2020 and again Ben has been smashing up the charts with hits including “Night After Night”, “Coming Down In Spades” and the latest, “Mamma Said”.

He is also unleashing what some are describing as Ben’s bust out single, “Raise Some Hell”, in December 2020. Dabbling with samples and using the hook from Steam’s 1969 classic, “Na Na Hey Hey Kiss Him Goodbye”, the song sways into country rock turf made popular by artists such as Bon Jovi and Jimmy Barnes. Quite simply, it’s sex and raw country rock at its absolute best!

After the upheaval and unpredictability of 2020, the title of Ben’s latest album, “Brave New World” - released on 29th January 2021 - felt like the perfect one to not only reflect the combination of songs embodied on the release but how we will navigate this new world we are now living in.